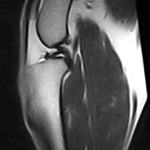 The two most common knee problems encountered in veterinary practice today are Anterior Cruciate Ligament Ruptures and Medial Patella Luxations. For discussions concerning fractures of the knee, please refer to the fracture section.

When should I have my dogs ACL evaluated? 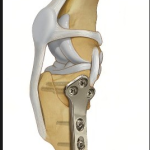 Healing time after a TPLO is 6-8 weeks, followed by a 2-3 month rehabilitation period which is done at home under owner supervision. 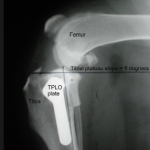 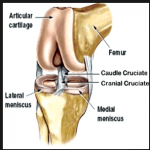 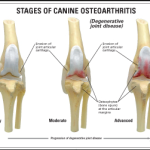 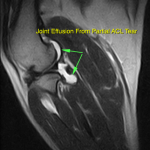 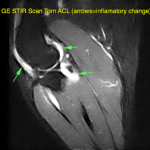 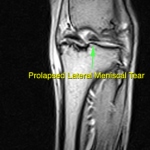 Medial patella luxation is a one of the most common knee abnormalities diagnosed in veterinary practice today. 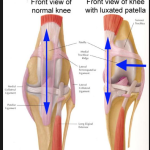 Although most commonly diagnosed in small dogs, it has become more increasingly found in medium to large breed as well. The condition is described as the loss of the ability to keep the patella (knee cap) in the femoral groove. There are four grades of medial patella luxation.

We recommend surgical correction for grade 3, 4 luxation and some grade 2 luxations, if they are causing clinical lameness. Grade 4 luxations have the worst surgical prognosis because of the severity of the condition.